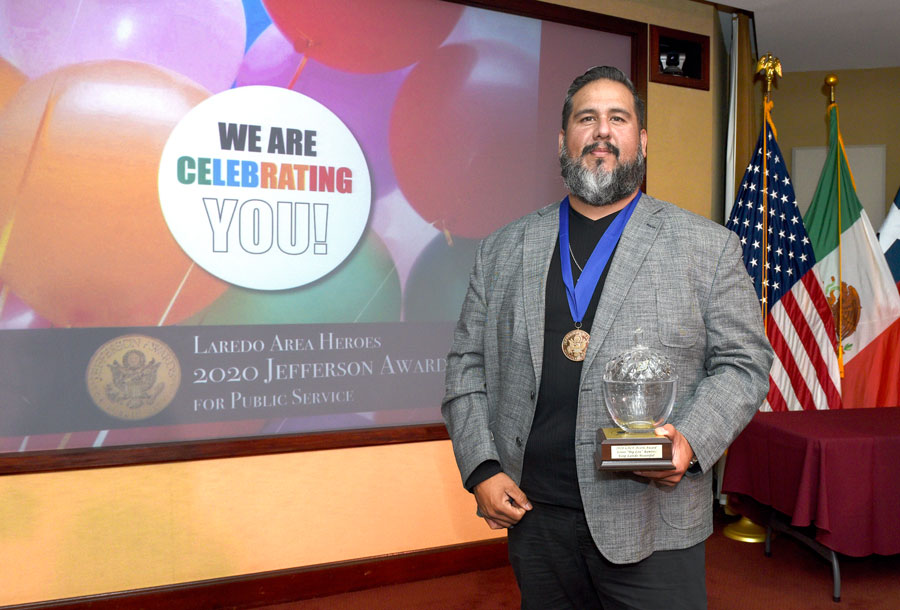 Every year The Laredo Morning Times partners with LACF to present the LACF Volunteer Award Banquet, which honors the spirit of volunteerism in Laredo. The evening’s festivities are highlighted by the individual recognition of the Volunteers of the Year nominated by their non-profit organizations.    By merging the coveted national Jefferson Award with the LACF’s own observance, an individual  is chosen from among them to represent Laredo in Indianapolis.

The banquet, underwritten by International Bank of Commerce, features a seated dinner, open bar, and silent auction. Through the generous sponsorship of the Laredo Morning Times, the recipient of the Jefferson Award will have the opportunity to travel to Indianapolis, Indiana in June to represent Laredo-Webb County at the National Jefferson Awards Ceremony, where (s)he will be honored along with hundreds of other Jefferson Award winners from across the country. The 2-3 day first class event will feature distinguished speakers, workshops, training sessions, tours, and other activities. “It is truly an unforgettable experience for the recipients, and a fitting tribute to their selfless service,” adds LMT Publisher Bill Green.

Another unique aspect of this event is that LACF will similarly honor the charity represented by the recipient of the Jefferson Award with a $1,500 unrestictive grant.

“Because we work so closely with non-profits, we recognize the vital role volunteers play in the success of these charitable organizations” explains LACF Board Past President Keith Franklin. “Volunteers are the lifeblood and heart of the organizations we serve. The very existence of these important charities, and community foundations in general, would not be possible without the hundreds of volunteer heroes that give life and purpose to them. LACF is very proud to join the Laredo Morning Times in giving back to those who give so much to the community.

The Jefferson Award was established in 1972 by Jacqueline Kennedy Onassis to serve as an equivalent to the Nobel Prize for public service in America. Since then, more than 50,000 “unsung heroes” from across America have received Jefferson Awards in their own communities. For the past nine years, LMT’s Jefferson Award for Public Service has honored local citizens who do extraordinary things for other people, the community, the state and the nation.